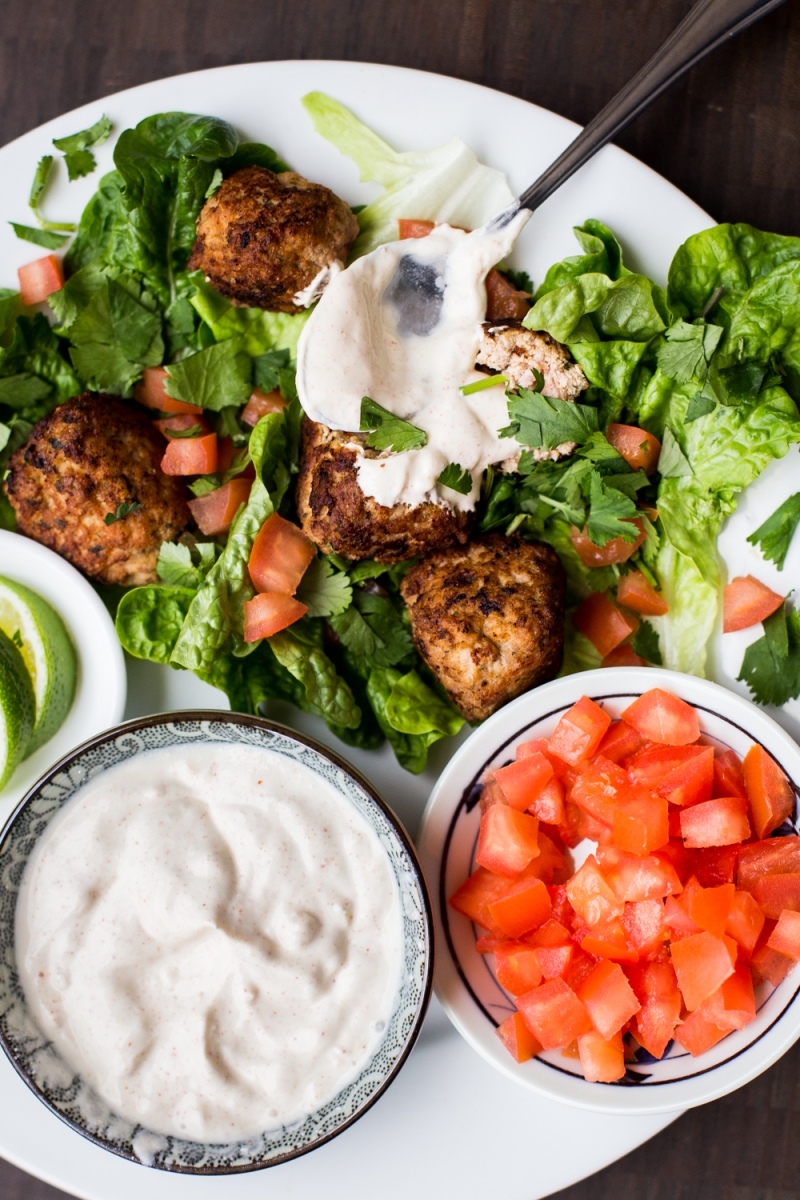 Like most of the Paleo world, I caught wind of Joshua at Slim Palate a few months back when he revealed that not only is he a teenager, but he lost over 100 lbs during his journey to find health and fitness. Incredible story aside, I immediately respected his photography and sense of style (I can’t imagine what my sense of “style” was at age 17!); he’s got an elegant eye that shows up in his pictures.

After a bit of chatting, I offered to do a recipe swap, where we recreate one of each other’s recipes, with allowance for tweaks. I chose to do one of his earlier recipes, Chipotle Dijon Turkey Meatballs, while he made a stunning rendition of my Rogan Josh recipe. My take on his original recipe is pretty faithful, but I added a creamy sauce on the side, modeled after the cream sauce typically found in traditional-style fish tacos.

First things first, combine your sauce ingredients and let the sauce sit in the fridge while you cook the meatballs, at least 30 mins, to allow the flavors to marry.

Preheat your oven to 200 degrees. Combine the turkey with its ingredients and form into small meatballs, about 1″ in size. You should be able to make about 20 meatballs. Pan-fry on medium heat, in batches, using 1 tbsp of your favorite oil; we used refined coconut oil and it worked perfectly. Joshua used avocado oil, which I’m sure was just as tasty.

Turn every couple of minutes until browned on all sides (turn down the heat a bit if they start to burn), then place in the oven to keep warm as you finish the rest of the meatballs. Should take about eight minutes per batch.

Serve with leafy green lettuce, chopped tomatoes, cilantro and lime wedges. Some of us opted to eat the meatballs like in a salad, while others used the lettuce to wrap them into tortilla-less tacos. They were equally delicious. The portion sizes of this dish are a little on the small side, which makes them a perfect lunch meal.