I’m often asked what is my favorite dish to prepare; it basically comes with the territory in this line of work. While it’s hard to choose a favorite, Beef Rendang often comes to mind – there’s truly no taste like it.

Rendang is a dry curry that originated among the Minangkabau people of West Sumatra and later spread throughout Indonesia and Malaysia. Its age is unknown, but historians have traced its origin as far back as 500 years. There are three recognized forms of rendang in Minangkabau culture, each depending on the cooking time: a pale, lightly cooked curry known as gulai; a browned but still liquid curry called kalio; and a rich, dry, dark brown dish called rendang, the version prepared in this recipe. In other countries, most notably Malaysia and the Netherlands, the rendang most often served is closer to kalio. While its extended cooking time can be a test of patience, it’s well worth the wait; the aroma and overwhelming richness of rendang are unforgettable.

I first published a rendang recipe nearly four years ago, and it’s made some slight but significant changes since then. Earlier this year I made a batch, and took the photo you see above – it quickly became one of my favorite photos of the year, and so I figured it was a good excuse to share the updated recipe. For the past year or two, this has been the version we’ve been making at home, as it has fewer steps and comes together very quickly.

END_OF_DOCUMENT_TOKEN_TO_BE_REPLACED 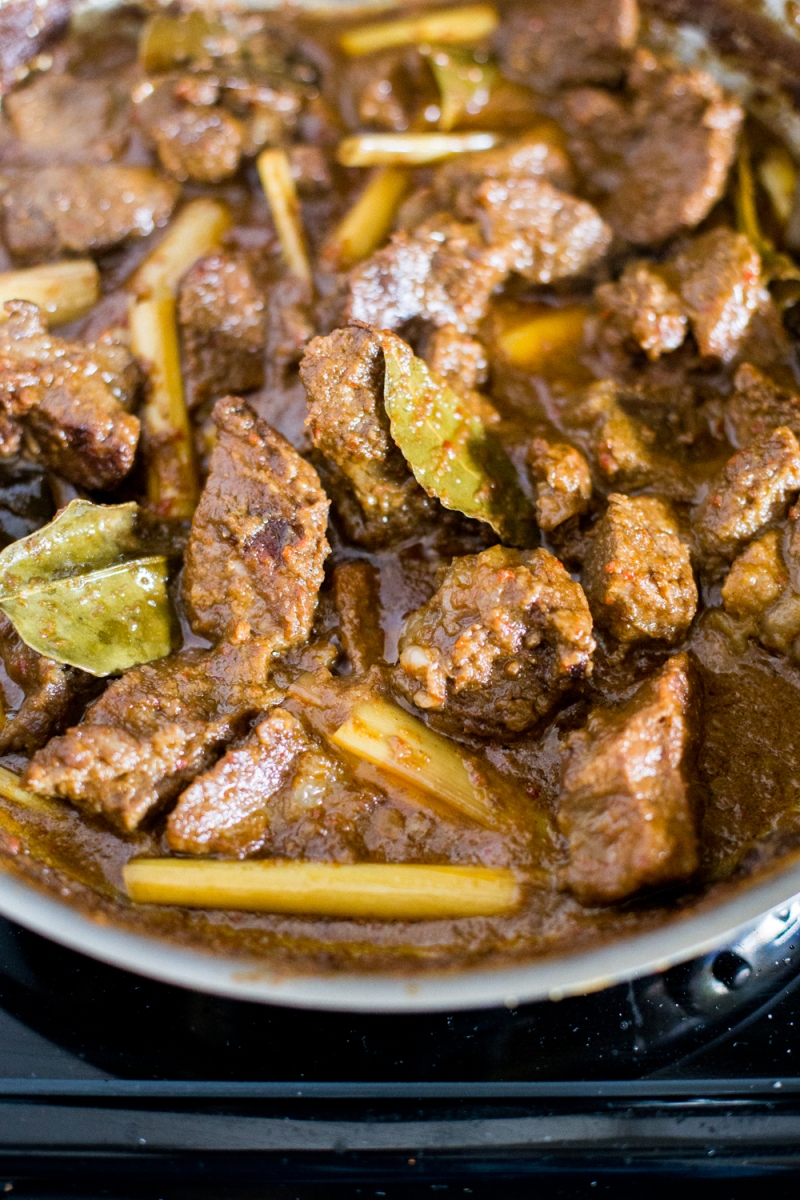 Rendang is a dry curry originating among the Minangkabau people of West Sumatra, and later spreading throughout Indonesia and Malaysia. It’s one of the most recognizable Southeast Asian dishes, with its distinct…well, ugliness and signature intensity. This “dry” method consists of simmering down coconut milk for several hours to intensify the flavors (and also preserve the meat, which was probably how the dish was started). The end result is a taste so significant that it can be downright overwhelming.

Rendang is usually made with beef, but it can sometimes be found using mutton or water buffalo. For this dish, I used a combination of TX Bar Organics’ delicious and lean stew meat, and a pound of fattier chuck roast. This allowed me to use the chuck roast’s rendered fat to brown the beef during the last stage of cooking.