A while back I decided to try out a few new uses for my harissa recipe, besides the lamb tagine dish I posted last year. One great thing about harissa is that it’s so full-flavored that it can take an otherwise simple dish and make it immediately and exponentially complex (not to mention tasty). For example, I tried simply spooning it onto a couple steaks before grilling them, and the taste was ridiculous: the North African condiment formed a nice crust around the steak, but didn’t fully penetrate the pure meaty taste of the steaks themselves. It was a winning combination.

Warning: this is a super simple recipe. I’m still recovering from my trip to Atlanta for the Ancestral Health Symposium, where I spoke about gourmet culinary practices in a Paleo context. I’ll post more about my trip later this week.

END_OF_DOCUMENT_TOKEN_TO_BE_REPLACED 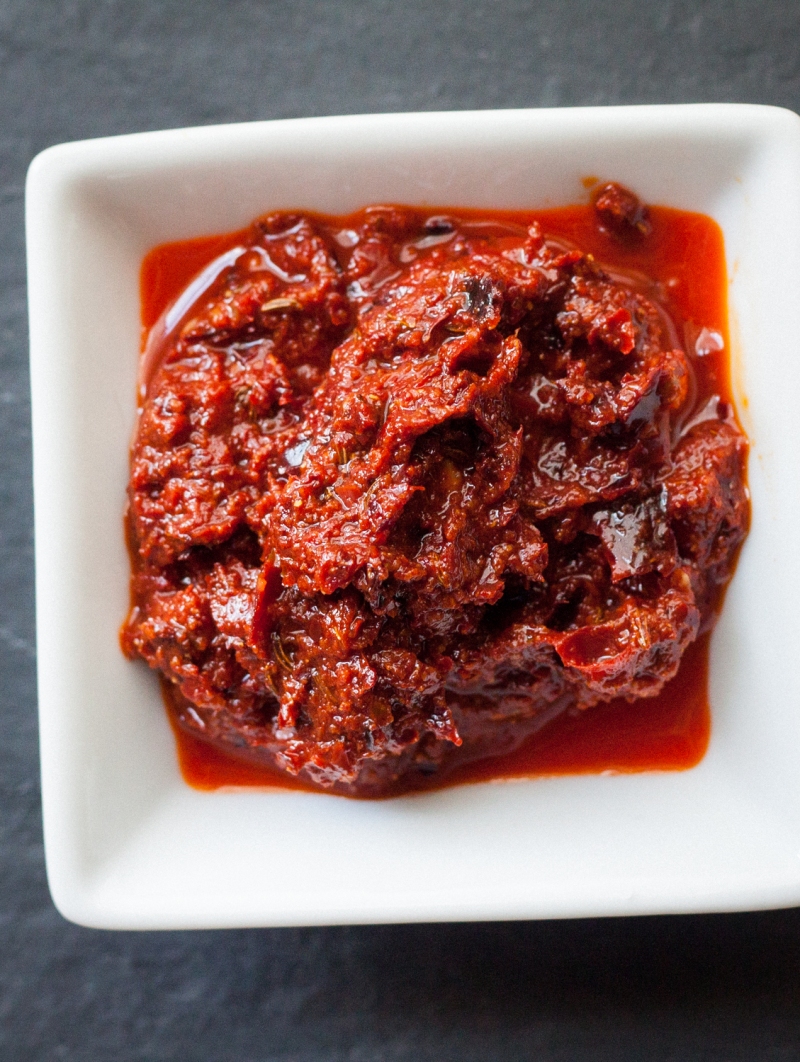 Harissa (هريسة) is a North African chili sauce, commonly used as a condiment and curry base in Tunisia, Libya, Algeria, and Morocco. Its complex and slightly spicy taste is often compared to a similar Asian sauce, the equally-delicious almighty Sriracha. There is a lot of variation in the sauce, but the recipe I developed is one that pairs well with many curry sauces, including my Lamb Tagine recipe.

While there is mention of Harissa as early as the 13th century, it probably didn’t take the form we recognize today until later, since chili peppers arrived in Europe and Africa following Columbus’ discovery of the New World.