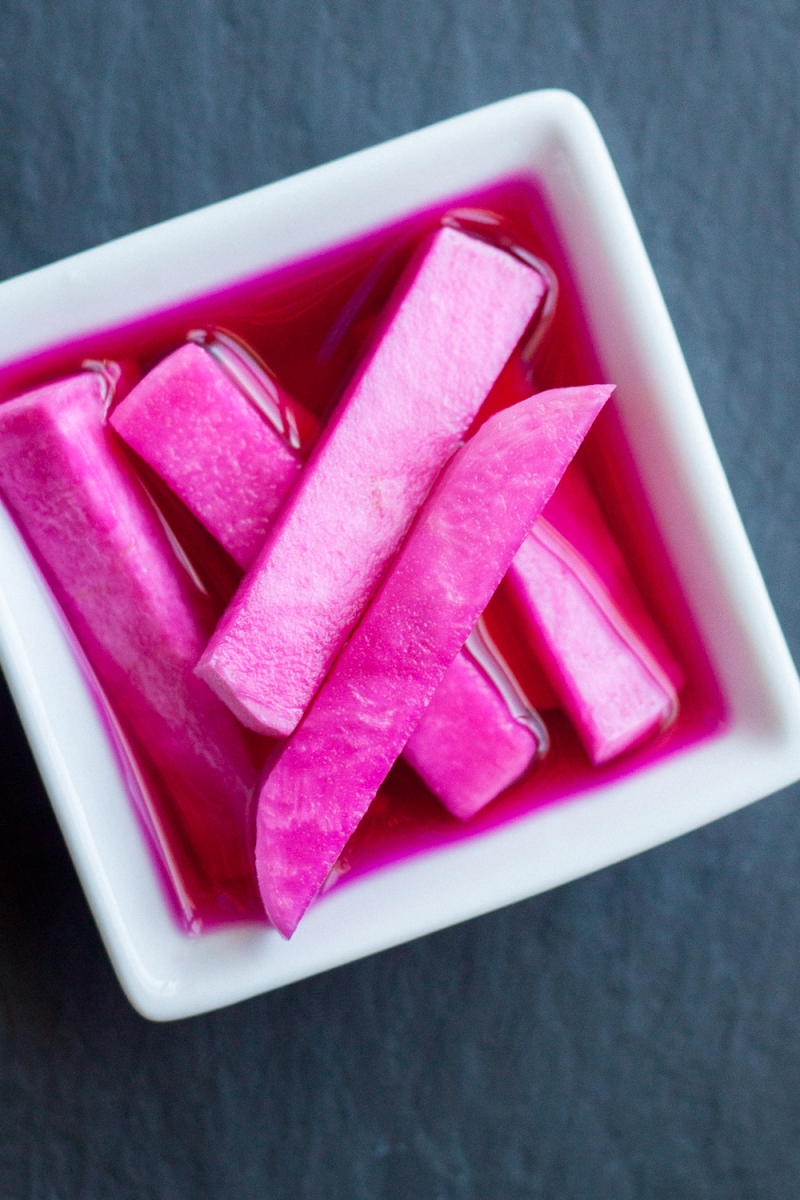 Kabees El Lift is a popular Lebanese dish, often served as a lighter side to heavy meat dishes. The dish sports a vibrant pink color, which is made by adding beets to the turnips as they ferment. Fermented foods are great for adding natural probiotics into your diet. And, as Paul Jaminet points out, there is evidence of fermented foods like kimchi helping against autoimmune diseases and allergies. Plus they’re tasty.

I’m not sure how long this dish has been around, but I do know that turnips have been around for a long, long time; the Romans talked about them, and some of their original names were in Greek, which suggests they were eaten in Ancient Greece. Beets have been around just as long, although early forms were only the beet greens, and the bulbous root was developed/cultivated later.