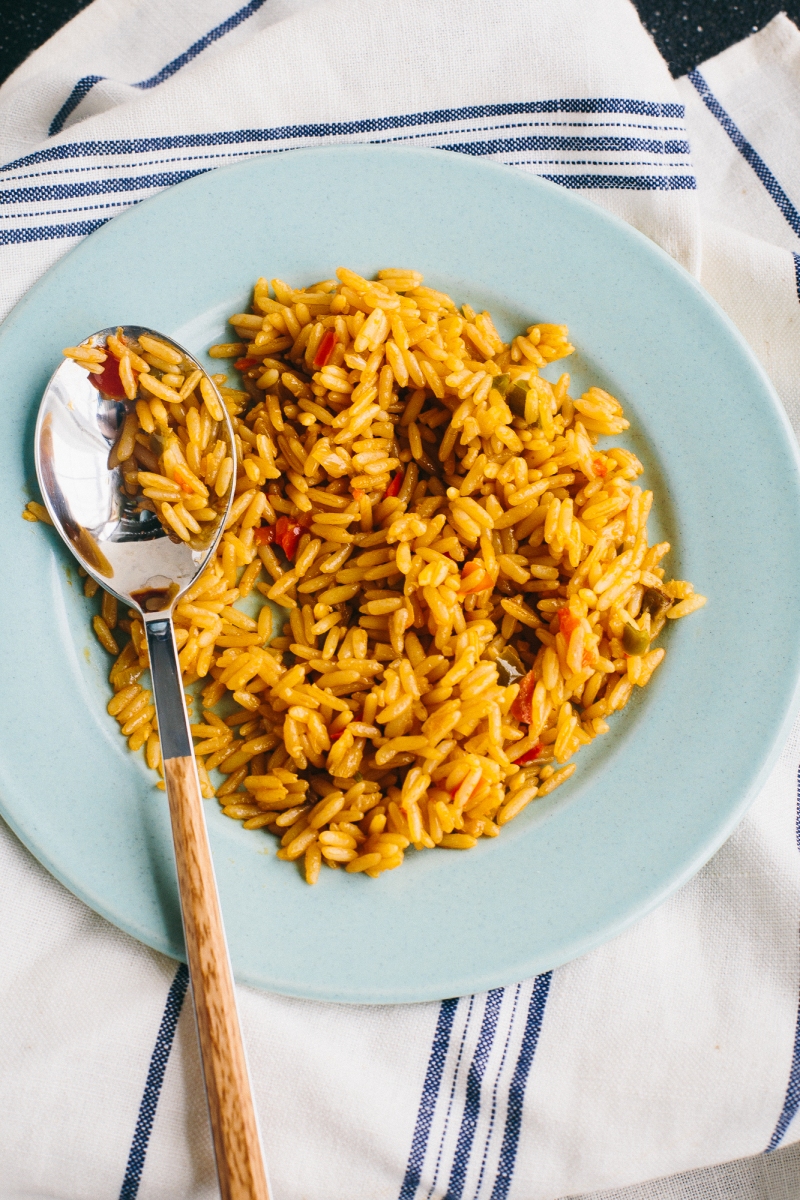 One of the more unexpected tasks that come with writing a cookbook is establishing a baseline for the reader. For example, presenting a simple (meat + rice) recipe isn’t as simple as throwing together (meat + rice), especially if you’re going to reference a similar rice preparation in other parts of the book. So a (meat + rice) recipe turns into two separate recipes – one for the meat, and another for the rice. Likewise, if you want any vegetables to accompany the dish, you need to decide whether to include the vegetables as part of that recipe, or create a standalone vegetable side. And since the rice recipe will likely call for broth, you need a broth recipe, too. The layers keep coming, until the book just grows and grows.

This concept isn’t necessarily a bad thing, because it allows me to focus deliberately on each portion of the dish to make sure it gets the attention it deserves. So today I’m going to share with you a simple recipe for Spanish Rice, sometimes referred to as Yellow Rice (Arroz Amarillo), which I’ll use a few different times in my upcoming cookbook. This recipe uses a healthy two pinches of saffron for its distinct yellow color, a reflection of its Spanish roots and famous cousin, Paella. Some preparations use annatto (anchiote) seeds to give the rice its yellow color, and I have included instructions for both methods below. The saffron and annatto will each bring very subtle flavors to the rice: the saffron is floral and a little pungent, while the annatto is nutty with hints of nutmeg. If you own both saffron and annatto, feel free to use them at the same time.