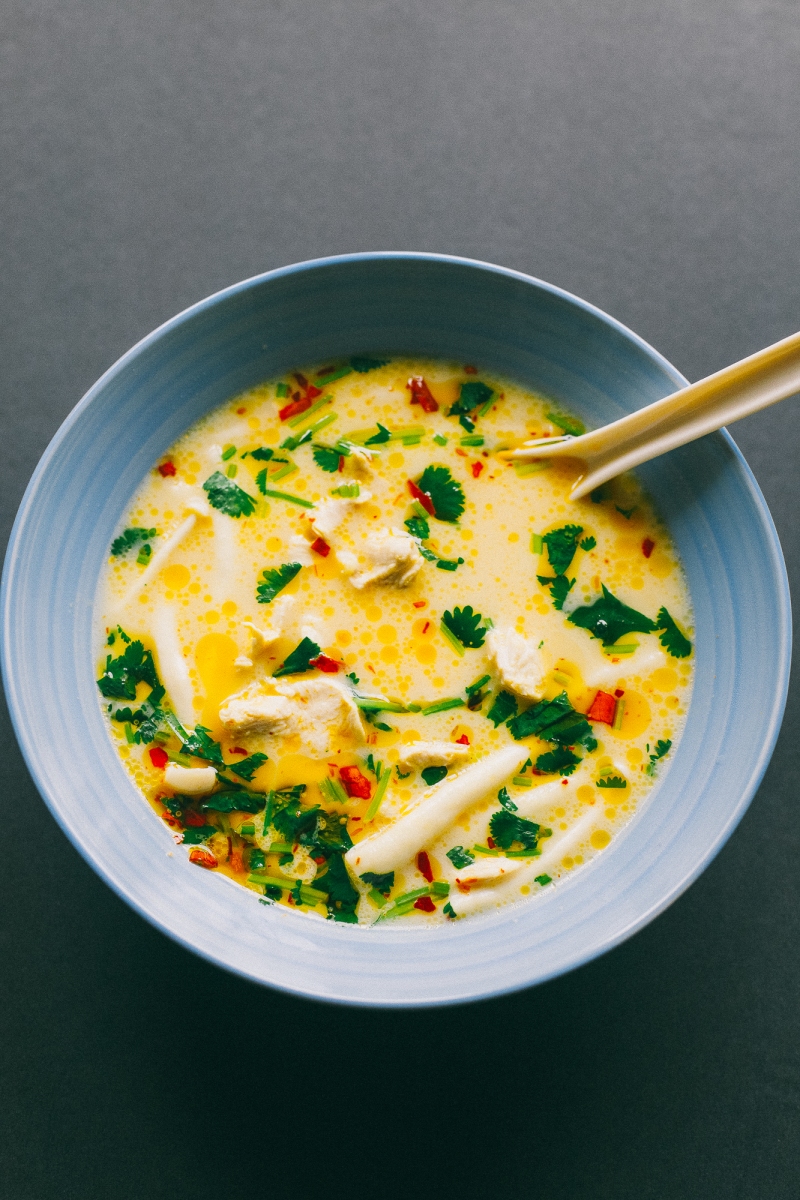 Tom Kha Gai is a soup that often takes a backseat to its hot-and-sour sibling, Tom Yum. Both share several ingredients, but today’s recipe also contains coconut milk, which gives the soup a smooth flavor and tends to be a bit more filling, too. I first developed this recipe in partnership with my friends Brent and Heather for their blog, That Paleo Couple, and liked the results so much that I added a tweaked version to Paleo Takeout in 2015. The recipe you find below is what appeared in the book.

As its translated name (“Chicken Galangal Soup”) implies, this soup is best experienced with galangal, a rhizome (underground root) that is most similar to ginger. Ginger will work in a pinch, but consider buying dried galangal if you don’t have access to the fresh variety; dried galangal keeps well and works great in soups like this Tom Kha Gai. Same goes for kaffir lime leaves, which are easily reconstituted in warm water.

END_OF_DOCUMENT_TOKEN_TO_BE_REPLACED 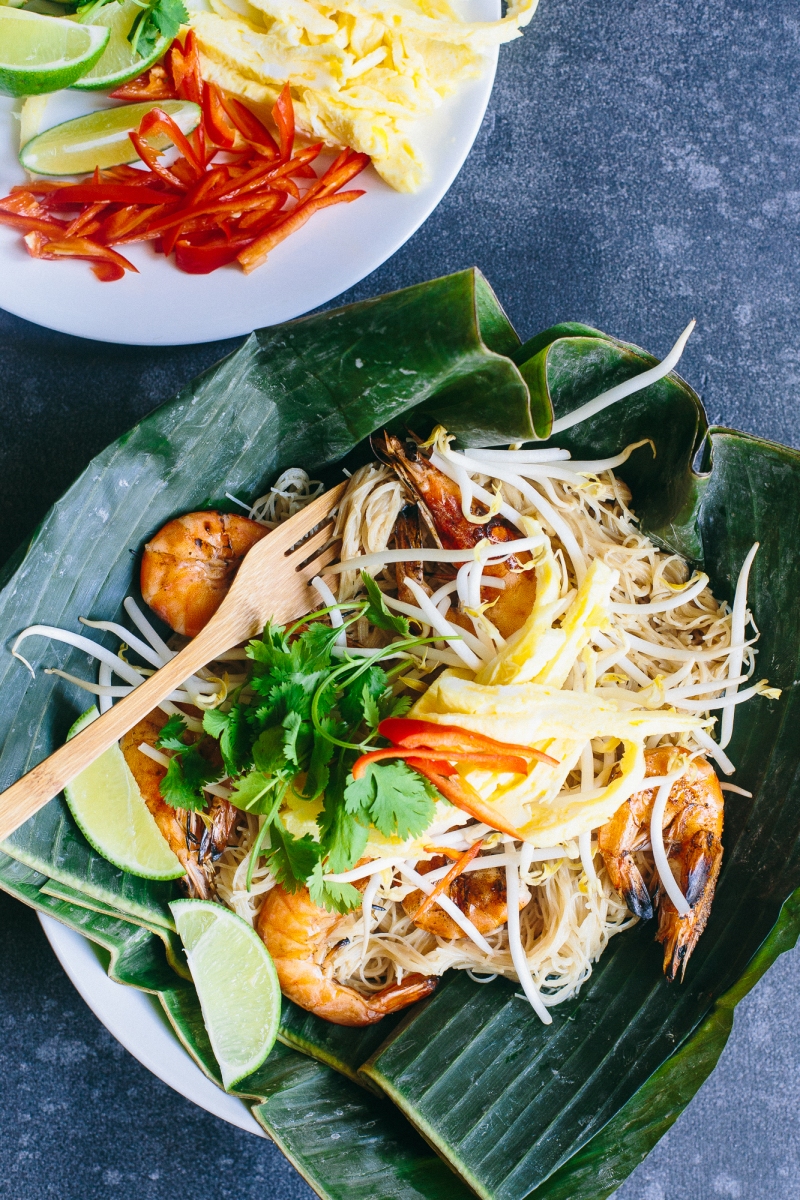 Mee Kati (หมี่กะทิ) is a noodle dish that is popular in Thailand (and some parts of Laos); thin rice noodles are steeped in coconut milk, giving them a creamy flavor that is distinct from their more popular cousins, Pad Thai and Pad See Ew.

Mee Kati is often sold by street vendors, where they use food coloring to give the noodles a pink hue. It’s a very unique visual experience, but one we’re going to forgo in this recipe (feel free to add about 1/2 tsp beet powder to the coconut milk broth in step #3 if you’re up for it).

Some usual Thai suspects are on hand in this recipe, to include limes, chiles, shrimp paste, and tamarind–but a more uncommon addition is soybean paste; either red miso paste or Korean doenjang will work nicely.

END_OF_DOCUMENT_TOKEN_TO_BE_REPLACED

I’m a big fan of Thai curries, and Green Curry is one of my favorites. It’s been a couple years since I tackled my last Thai curry (Panang Curry), so I thought it was time to share another recipe. Like in my Panang Curry recipe, this recipe is a template for you to adjust as you see fit; directions on how to change the protein or add vegetables are provided below the recipe.

The Thai word for Green Curry (แกงเขียวหวาน) actually translates to “Sweet Green Curry”, but that doesn’t imply that this dish is sweet. Instead, “sweet green” means “light green” in Thai.

While the idea of making curry from scratch may be initially daunting, nothing could be further from the truth. My curry paste has quite a few ingredients, but all you do is basically throw them all together and purée; the paste will keep for a month in the fridge (or several months in the freezer) and there’s enough paste to make three curries. Making the actual curry is even easier – it’s a 20-minute meal, if not less.

END_OF_DOCUMENT_TOKEN_TO_BE_REPLACED 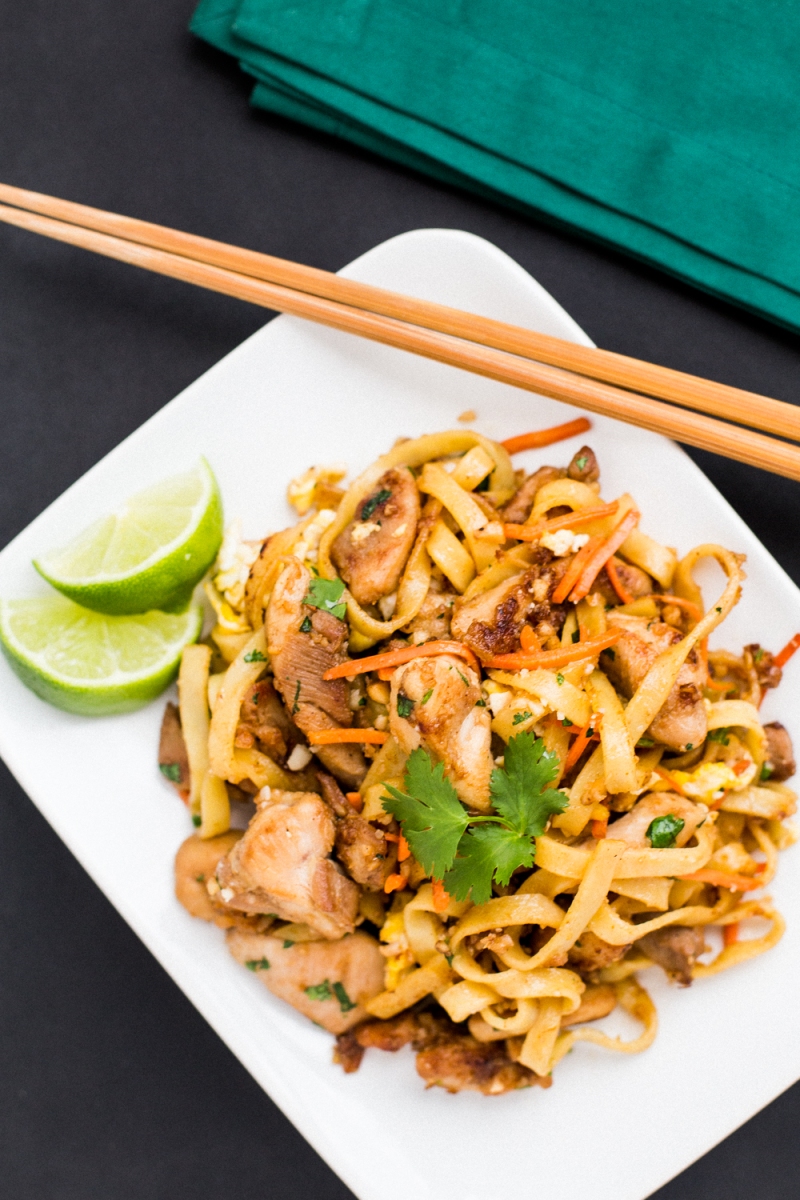 It’s somewhat surprising, but Pad Thai, despite being one of Thailand’s national dishes, is from Vietnam. Originally influenced by Chinese cuisine, the dish was relatively unknown in Thailand until the 20th century. It actually was part of a Thai government campaign in the 1940s to create a national dish that both reflected the Thai spirit and also increased rice noodle production to help propel their economy. There’s a really interesting history of the dish to be read here.

This recipe is a long time coming, and something we’ve been cooking for years. For a while I was content with pre-made sauces like Mae Ploy’s, but I was never happy with its high sugar content and the fact that it has MSG in it. So I decided to work out how to make it from scratch, and I couldn’t be happier with the resulting product. This is the real deal.

And to make things even more interesting, for this particular photo session I thought it would be neat to try out Cappello’s gluten-free, grain-free fettuccine noodles instead of our usual rice noodles, and I was surprised by how well they worked! Instructions on how to make them with traditional rice noodles and zucchini noodles are included as well.