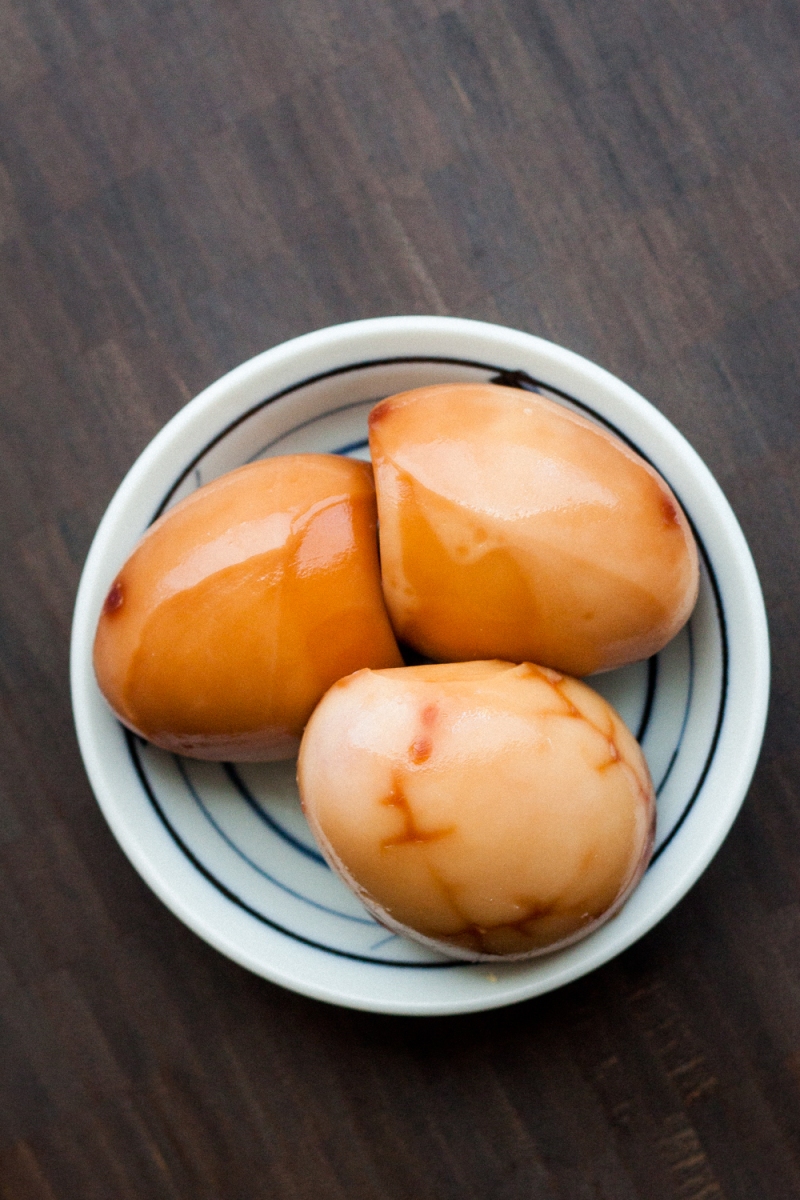 While I usually eat a combination of meat (homemade jerky, smoked salmon, sardines, or uncured deli meat) and fruit (berries, banana) for breakfast during the workweek, on weekends I tend to gravitate towards your typical eggs/bacon breakfasts. Unfortunately, this guy gets tired of eggs fairly quickly, even after trying every just about every egg preparation under the sun. Then last week a friend turned me onto the dish you see above, huevos haminados.

This egg dish is popular in Jewish communities in the Middle East and the Mediterranean, and served at Passover Seders (a ritual feast that marks the beginning of Passover). The dish’s Latin-based name might throw you off, but that’s a reflection of its origin in Medieval Spain. There are several variations online, which include boiling the eggs in onion skins and coffee, or simmering in a crock pot for seven hours. I decided to go with an even easier approach – you just throw the eggs in an oven for five hours.

While the egg shells stay mostly white, the egg whites become a rich brown color and the eggs develop a nutty, roasted taste. There’s even a hint of meatiness in there that’s hard to describe. Either way, it’s a dead-simple dish that is worth a try!

Preheat your oven to 220 degrees, and place the eggs directly on the oven rack for five hours. No need to rotate the eggs or anything. Some of the egg whites will make their way through the shell, giving you the “pimples” you see above.

After five hours, dip the eggs in a bowl of cold water for five minutes. Then crack them open and enjoy; the eggs will have shrank significantly, making them a dream to peel.

That’s it! The eggs whites will have a slightly rubbery consistency while the yolks will still be surprisingly moist; not to mention the whole thing is delicious. They even taste good after a day or two in the fridge!