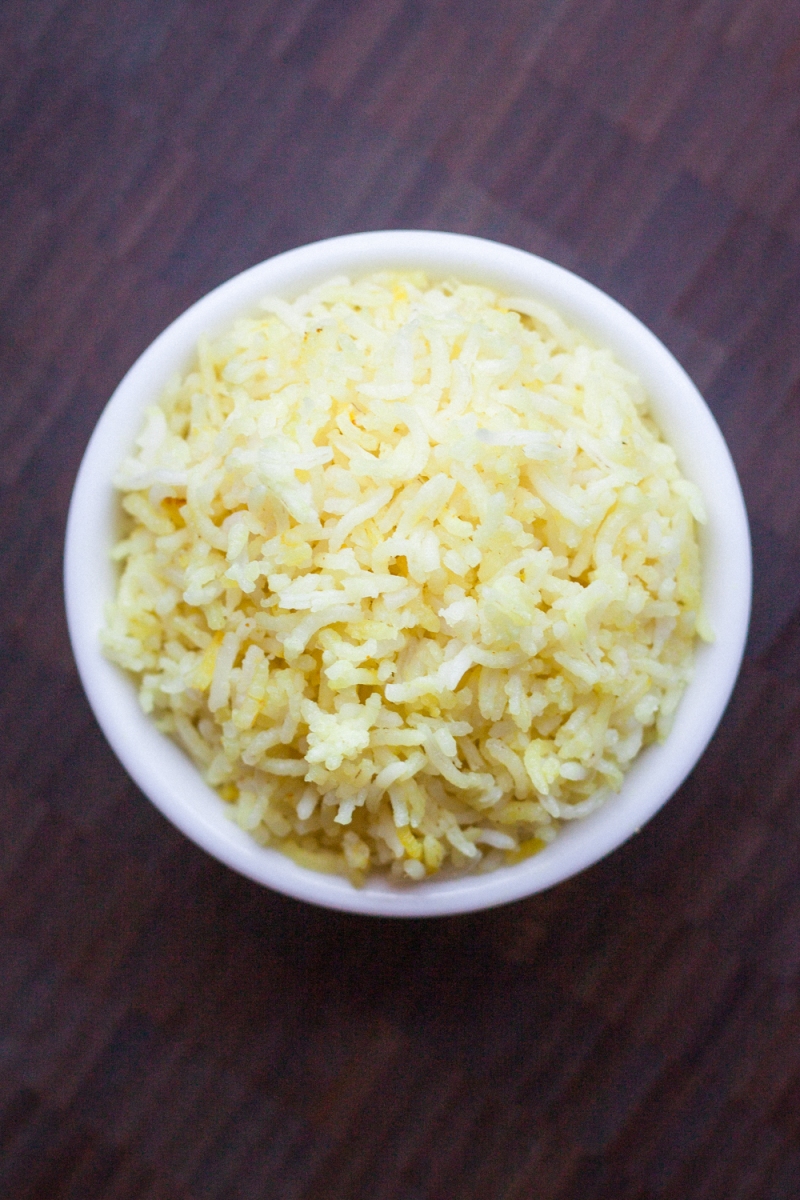 Basmati rice is an aromatic long-grain rice that originated in the Himalaya mountain foothills. It carries a lower glycemic index than short-grain rice, thus having less of an effect on insulin and blood sugar levels than most other forms of rice. Its non-sticky texture also goes well with certain dishes, especially curries.

Before we move on, I’d like to address the fact that white rice even exists on a Paleo-friendly website, since one of the main points of the Paleo diet is avoiding grains. Rice has the lowest toxicity of all cereal grains, and most of rice’s toxins (phytates, trypsin inhibitor, and haemagglutinin-lectin) exist in the rice bran – which is found in brown rice – hence my white rice preference. In fact, white rice has less phytic acid than many foods considered completely safe by Paleo standards, including coconut, walnuts, sesame seeds, almonds, and brazil nuts. Additionally, most of the remaining toxins are destroyed in the cooking process. So, rice is low in toxins, but not necessarily nutritious when compared to meats and veggies. My Paleo hero, Paul Jaminet, suggests a 10% dietary calorie limit on rice, which suits our tastes perfectly. Additionally, when eating rice at the house, we tend to use it as a vehicle for other nutrients: cooking the rice in broth instead of water, or steaming with butter/turmeric/coconut milk as in today’s recipe.

Okay, enough nutrition talk. Let’s make some delicious, guilt-free basmati rice. I should note that this recipe in particular is modeled after the Indonesian rice dish Nasi Kuning, but with less coconut milk and turmeric that what is usually used.

Measure out your rice, then soak in cold water for at least an hour, but up to six hours. Rinse after soaking. This step isn’t totally necessary, but makes for fluffier rice. Fill the pot with water and boil gently for about seven minutes, until the rice starts to float a little.

Strain your rice and set aside.

In the still-hot pot, add the coconut oil and slices of potato, so that the potato lines most of the pot.

Microwave the butter/ghee until melted, then stir in the turmeric (and coconut milk if you’re using it).

Line your pot lid with a cloth towel, then cover and secure. Steam on medium heat for 7 minutes, then reduce heat to low, steaming for another 45 minutes.

That’s it! Mix your rice together a little bit (to help the turmeric spread), then serve. You can dig out the potatoes (which will be nicely browned on one side) and serve them as well.