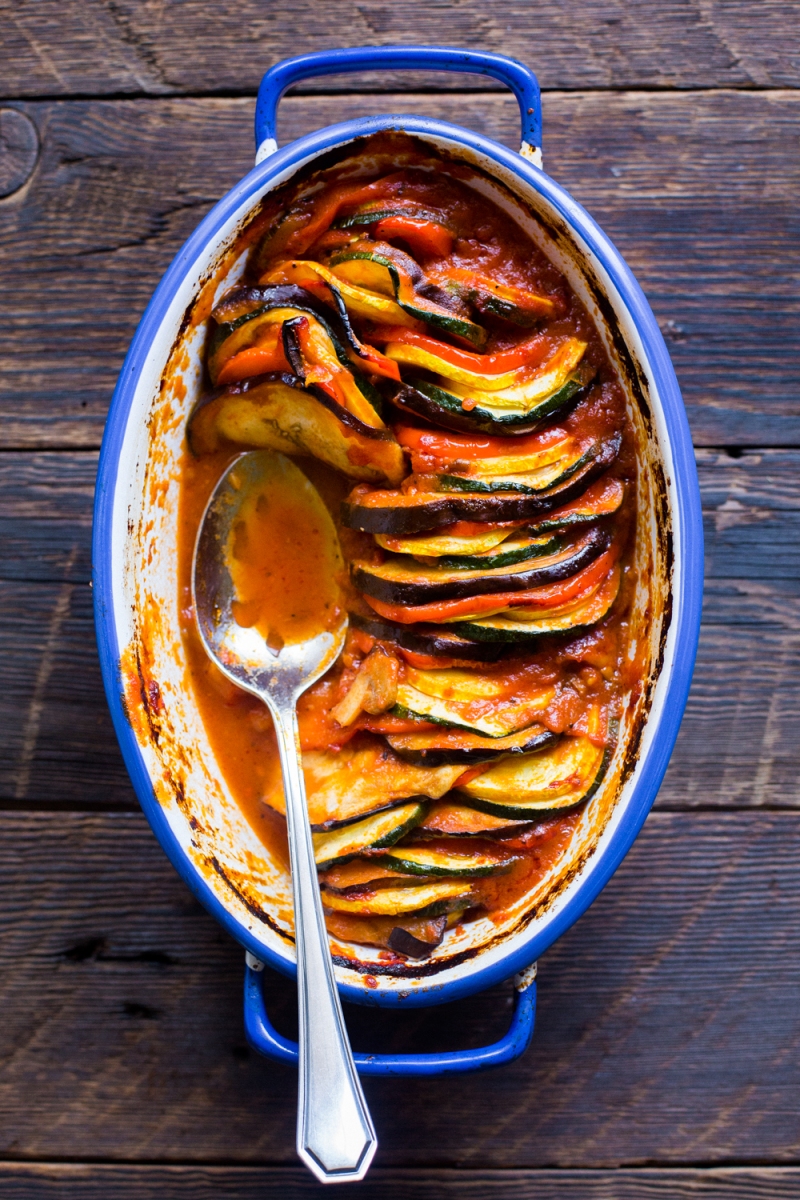 September is here, Labor Day has come and passed; it’s time to get autumnal.

Ratatouille is a Provençal vegetable stew, first originating in the city of Nice (near the Southeast tip of France). Its base ingredients, namely tomatoes and eggplant, are indicative of its Mediterranean influence; there are similar dishes in other countries that border the Mediterranean, like Pisto (Spain), Camponata (Sicily), and Briám (Greece).

But who am I fooling – you are probably already aware of this dish. If you’re like me, you were pretty inspired by the 2007 film; to me, it captured the beauty of cooking in a way that few films have. Truth be told, few animated films have stuck with me as long as Ratatouille (but I think Pinocchio will always be my all-time favorite).

For today’s preparation, I kept things simple. Just the right ingredients, done in an hour, and mostly hands off – it’s the perfect accompaniment to a more labor-intensive main dish. In fact, it’d be the perfect time to try out that Chicken in Champagne Sauce recipe you’ve been eyeing for the past few months! 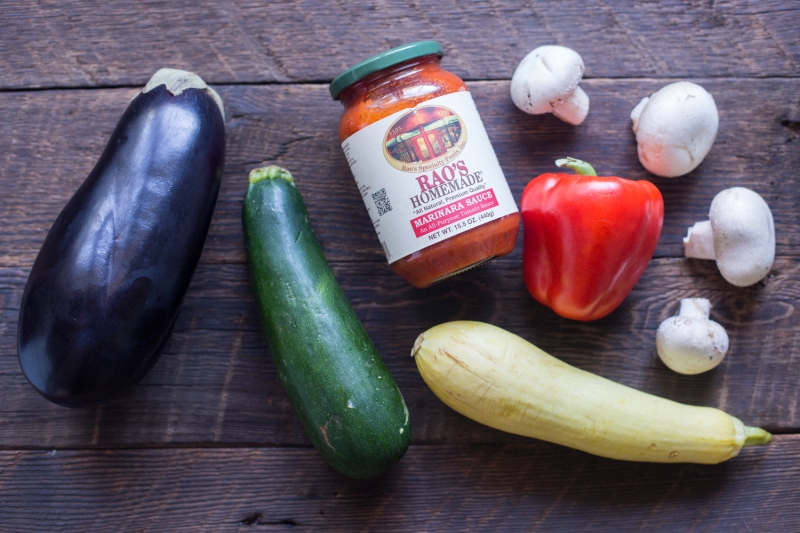 1. In a saucepan, heat the olive oil and butter over medium heat for 30 seconds. Add the sliced mushrooms and a pinch of salt; saute until the mushrooms are softened and release their liquid, about 6 minutes. Add the balsamic vinegar and toss until incorporated, then add the pasta sauce; reduce heat to low and simmer until slightly darkened, about 10 minutes.

2. Preheat your oven to 400F. As the sauce simmers, thinly slice the vegetables to 1/4″ thickness, using either a mandoline slicer or a sharp knife. Cut them so that they are of similar size – for example, I had a large eggplant so I cut it in half lengthwise before slicing. Once the sauce is ready, taste it and add salt and pepper; the sauce should be strongly seasoned and boldly flavored, so as to impart its deliciousness into the vegetables as they bake. Consider adding a pinch of oregano to give it a bit more punch. When you’re satisfied, remove the sauce from heat.

3. In a deep baking pan, pour in half of the sauce and spread evenly. Layer the vegetables in alternating patterns until the baking pan is filled. Spoon the remaining sauce over the vegetables, filling in any open nooks and crannies. Place in the center of the oven and bake until the vegetables are tender, about 35 minutes. Let rest for 5 minutes before serving.

** If you have any leftover vegetables, you can make a quick stir-fry by tossing them with olive oil and/or butter over medium heat until softened, seasoning with salt and pepper to taste, for a quick snack as the Ratatouille bakes. 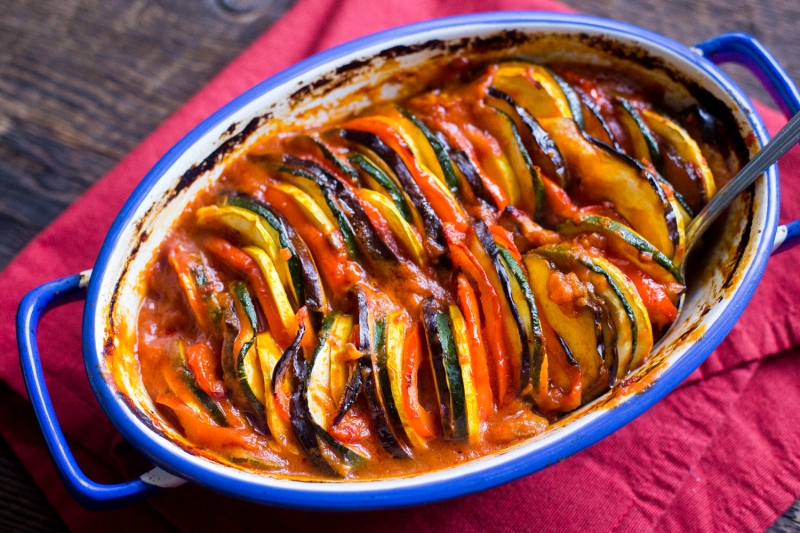