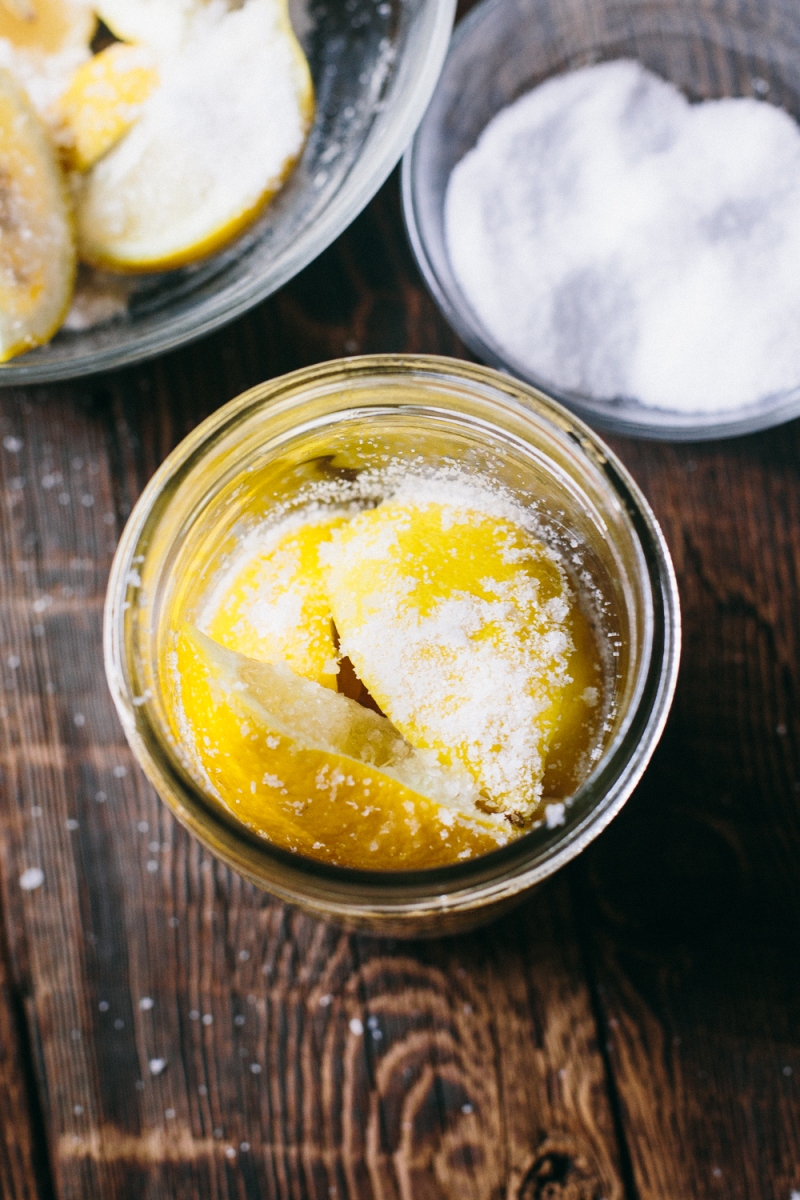 Super simple recipe this week, for Preserved Lemons. The process highlighted in my recipe below is modeled after the North African tradition of preserving lemons in salt — salt helps prevent microbial growth, and the citric acid found in the lemon (and as a byproduct of fermentation) helps to further preserve the lemons. But what we’re most interested in — that is, the deep, lemony flavor that comes from cooking with preserved lemons — will be in next week’s recipe.

Don’t have three to four weeks to spare preserving your own lemons? Check your local Middle Eastern grocery, they often have these shelf-stable favorites. Or, they can also be found online at a surprisingly affordable price.

1. Dip the lemons in nearly boiling water for 45 seconds. Slice the lemons into quarters and place in a large bowl. With your hands, thoroughly mix with half of the salt.

2. Line the bottom of a pint jar with salt, then tightly pack the lemon quarters into the jar, adding more salt with each layer. Try to leave as little air as possible between the lemons and the jar lid (you want an anaerobic environment to prevent bacterial growth). Cover the jar and let it sit in a cool, dark place until the lemon skins become slightly translucent, about 3-4 weeks. Over the course of the first few days, repack the lemons daily to help keep them submerged in their liquid. Preserved lemons can be kept in the fridge for up to 6 months.

Here’s a picture from the original recipe featured in my first cookbook, The Ancestral Table:

Free Turkey + $10 off with ButcherBox