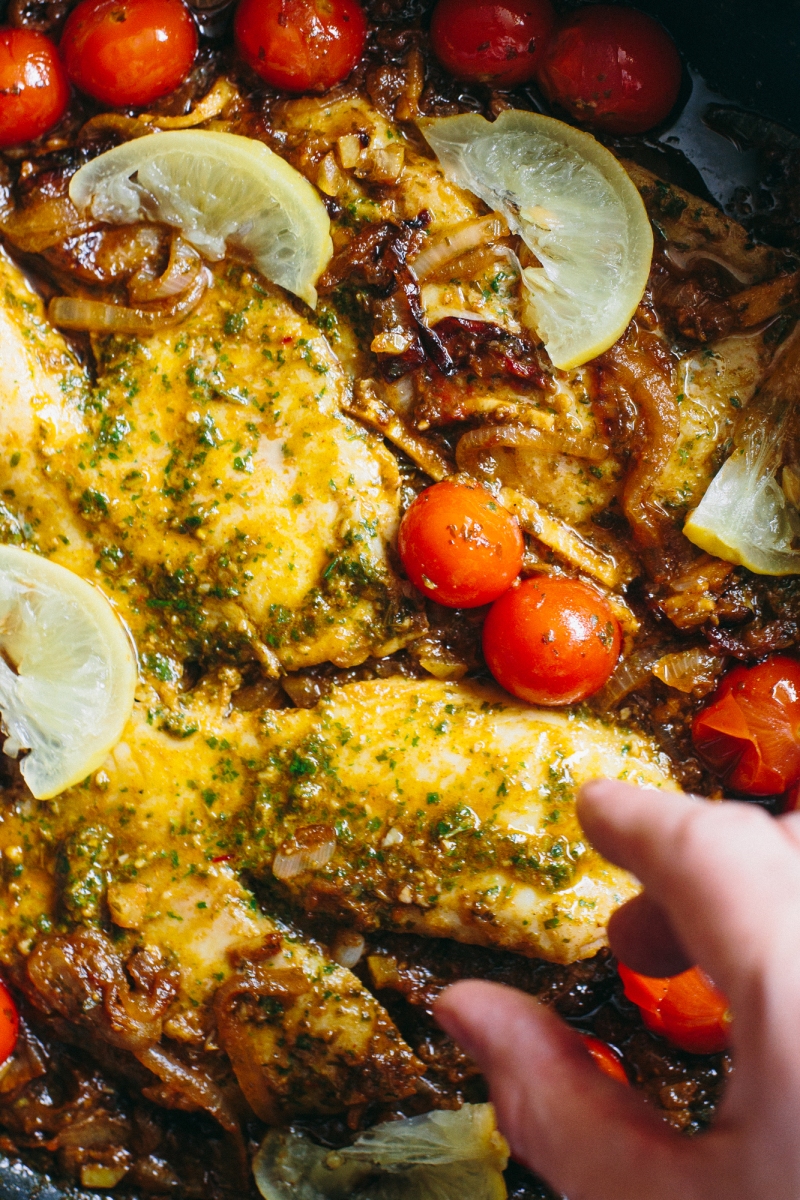 Hi, remember last week’s recipe, for Preserved Lemons? Let’s make good use of it with today’s recipe. We’re going to use some of the juice to make Chermoula, a relish used in Algerian, Libyan, Moroccan and Tunisian cooking (primarily with seafood), and then use one lemon to build a base tagine sauce and to garnish the end product. Combining those slices of lemon with a bite of fish…boom.

1. In a food processor, combine the Chermoula ingredients and pulse until smooth, about 20 pulses, then divide in half. Pat the fish dry then place in a shallow dish; pour over half of the Chermoula, cover and refrigerate.

2. Warm the olive oil in a large skillet over medium heat. Add the onions and sauté until very soft and starting to brown, about 20 minutes, stirring often to prevent scorching. Slice the preserved lemon in half; mince one half, and thinly slice the other half. Add the minced lemon to the onions along with the ginger, tomato paste, and the other half of the Chermoula. Saute for 5 minutes to allow the flavors to marry.

3. In a single layer, add the fish filets to the skillet, then scatter the tomatoes. Cover tightly and simmer until the fish is cooked through and just starting to flake, about 8 minutes. Remove the cover then serve garnished with the sliced lemon.

*** For a more filling meal, add ½ lb boiled new potatoes to the skillet with the cherry tomatoes (simply boil until fork-tender, about 10 mins).

15 thoughts on “Fish Tagine with Chermoula and Preserved Lemon”