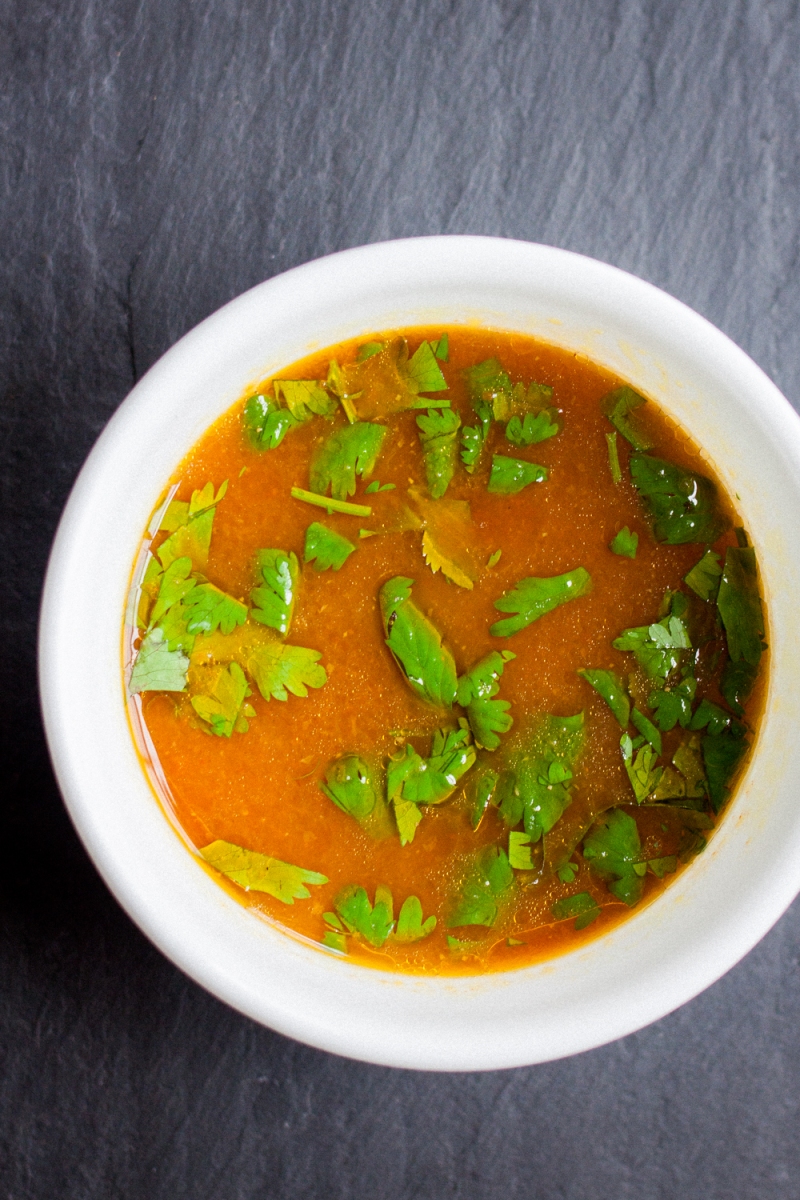 Attukal Paya (sometimes spelled as Aattukaal Paya or just Paya) is a hearty soup made with lamb, sheep, or goat feet served in South India. What fascinates me about this dish is that it’s often served for breakfast – initially this sounded strange to me, but the more I thought about it, the more it made sense; why not start your day out with some nutritious bone broth soup?

I also love the idea of throwing together a bunch of ingredients at night and waking up to breakfast already made!

I have to admit, having these feet thaw out in my fridge was a little unnerving. But as far as lamb’s feet go, I couldn’t have asked for a cleaner, easier product that the US Wellness Meats feet, which were completely prepped for this recipe. It took about two days to thaw them out.

To start, we want to get a nice, roasted flavor in the soup, so we’re going to broil the feet. Place the feet on a baking sheet and broil for 10 minutes per side.

The feet will only brown slightly during that time, but the hooves will start to turn a rich brown color.

While the feet are broiling, combine all of the other ingredients (minus the water) in a food processor (I used our handy Ninja) and process until smooth.

Put the processed ingredients into a dutch oven or crock pot, add the broiled feet, and stir in four cups of water. Add the bay leaf and heat everything on med/low heat, uncovered.

Once the soup starts to simmer, reduce the heat to low, cover, and let simmer for 10 hours.

The next morning, your house will smell wonderful, and you’ll have breakfast ready and waiting for you.

Remove and discard the bay leaf and feet (don’t forget to dish out any small bones that are hiding at the bottom of the soup) and add salt to taste – I ended up using 1 tsp of salt to get the taste right.

I should note that in many authentic recipes they eat the feet. I wasn’t a fan of the consistency, since it had cooked for over 10 hours and was very mushy; this dish is often cooked with a pressure cooker, which likely breaks down the bones’ nutrients but leaves the meat still firm, which would probably be much more palatable. Either way, don’t let the fact that this is a liquid soup deter you – it is still a very nutrient dense and rewarding dish, and a perfect way to start out a day.

Chop up some cilantro and throw it in, and serve. Couldn’t be easier.

Some people like to eat the meal with some leftover cooked white rice, which I tried and liked. It gave the soup a stew-like quality and a heartier feel.

Shirred Eggs with Sausage and Spinach