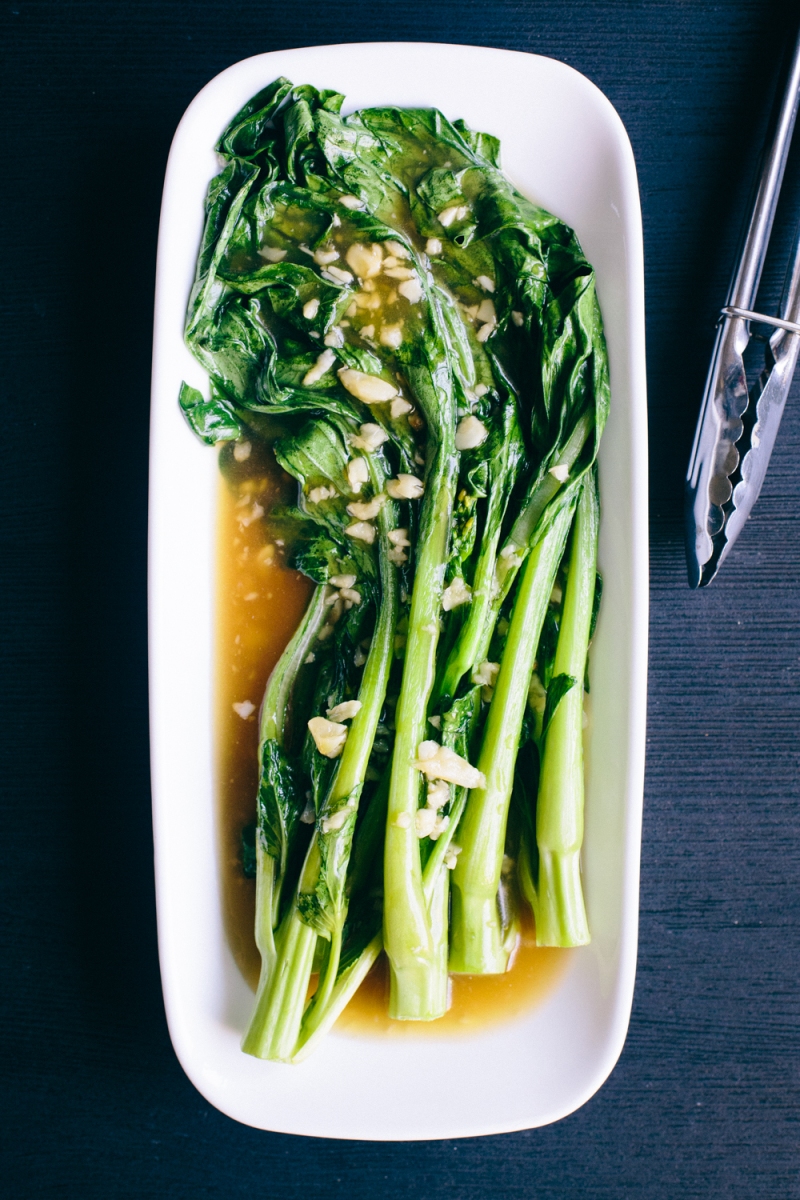 Today is a big voting day here in the United States. If you’re one of the 12 states (or American Samoa) participating, be sure to let your voice be heard! While I’m not in a voting state today, I’m holding a mini celebration by peppering this post with election-related vocabulary. How many words can you spot?

You may have noticed a vegetable side dish peeking out from last week’s Furikake Ahi recipe. It happens to be one of my favorite ways to prepare leafy greens, and until today, the recipe could only be found in my debut cookbook, The Ancestral Table. That’s all going to change today, as we’re going to have a bit of a…well, super Tuesday today with this recipe.

There’s a lot of flexibility in this dish, but the technique remains the same: prepare a sauce, simmer the greens in the sauce, then remove the greens and thicken the sauce before reuniting them in a savory, delicately-flavored superdelegate. I can’t be upset if you elect to add a few other ingredients, as the absolute majority of the flavor comes from the primary components of broth, ginger, and garlic. Other write-in options would be tamari, chopped cashews, dried shrimp, or fried shallots.

There is a bit of confusion regarding Chinese cabbages, so I wanted to give you a better idea concerning the different candidates you could choose from. Any of them are worth your vote, but here’s a quick breakdown:

Bok choy – Both bulbous and leafy, bok choy is front-runner in terms of popularity. It can have a white or green stem. Immature cabbages are often sold as baby bok choy.

Choy sum – A slender version of bok choy with thick, cylindrical stems; it is sometimes called flowering Chinese cabbage. Similarly, Kai-lan (sometimes called Chinese broccoli) also has thick stems. It looks like choy sum, has a flavor similar to broccoli, and has small, edible flower heads. I used Kai-lan in the picture above.

Won bok – Also known as Chinese or napa cabbage, won bok is a large, dense cabbage not unlike head cabbage. It is most commonly used in Kimchi, and works well chopped up and added to stir fries and fried rice.

1. Combine the chicken broth, Chinese cooking wine, and white pepper, adding a liberal amount of salt to taste; set aside. Mix together the starch and cold water in a small bowl and set aside.