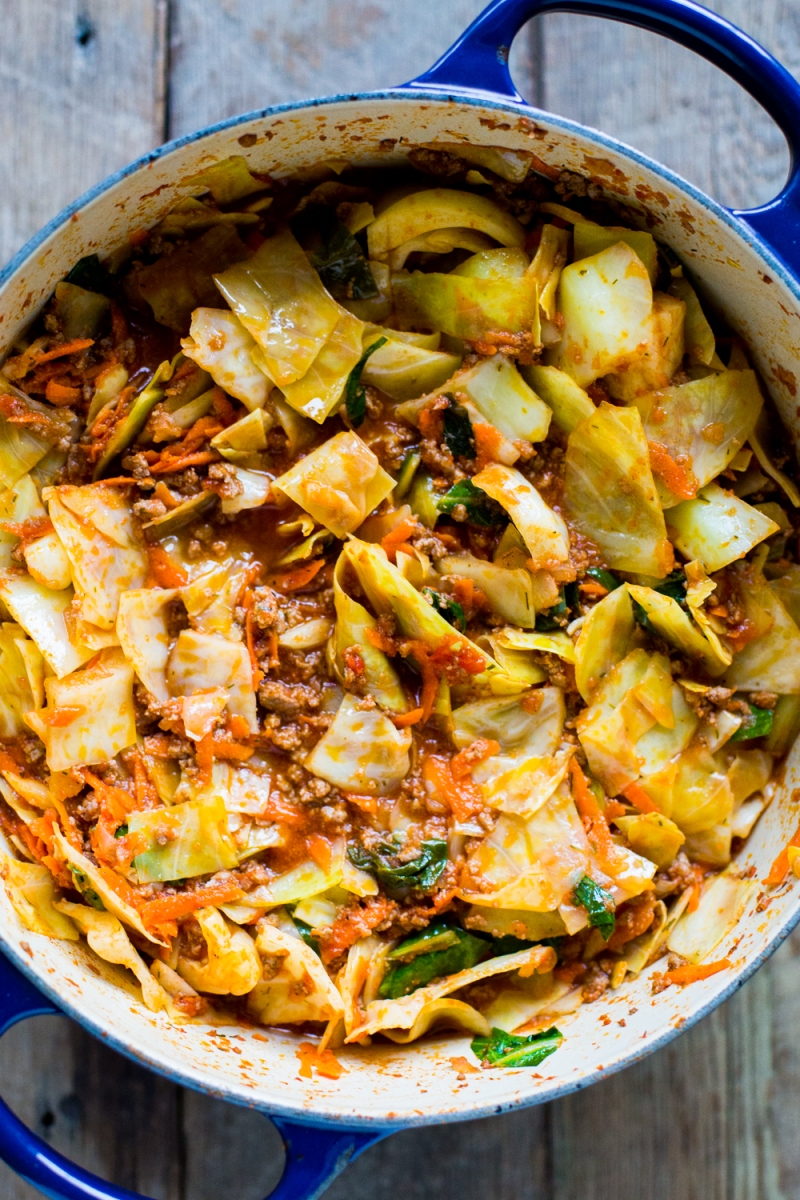 Stuffed Cabbage Rolls are often considered the most comforting of dishes, so much so that every Eastern European country wants to stake claim on owning the original recipe. While there is no definitive origin story, the prevailing story is this: members of the Russian aristocracy, visiting France in the mid-1700s, became enamored with their dishes of stuffed and roasted pigeons. Upon returning home, they ordered the dish to be recreated, and the closest they could come were the stuffed cabbage rolls we know and love today. This is evidenced by the similarity between the Russian words for stuffed cabbage rolls (Golubtsy) and pigeons (Goluby).

In recent years, a new phenomenon has sprouted up: Lazy Stuffed Cabbage Rolls. Regular cabbage rolls require you to par-boil the cabbage leaves and roll each wrap before roasting or simmering everything; the whole process can take hours. Instead, home chefs have been simply chopping up the cabbage and adding it to the filling, cooking everything at once in about 1/4 of the time. This is the variation we’re going to tackle today.

Be sure to check out the video after the recipe; now that we’ve relocated to a house with a larger kitchen, I filmed a short cooking demonstration of the dish. I’m still working out some production kinks, but if you like the video I’ll keep cracking at it! 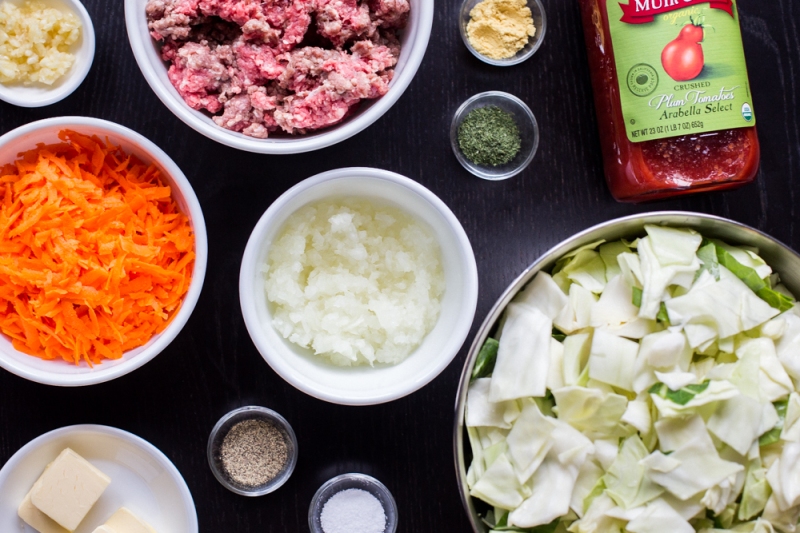 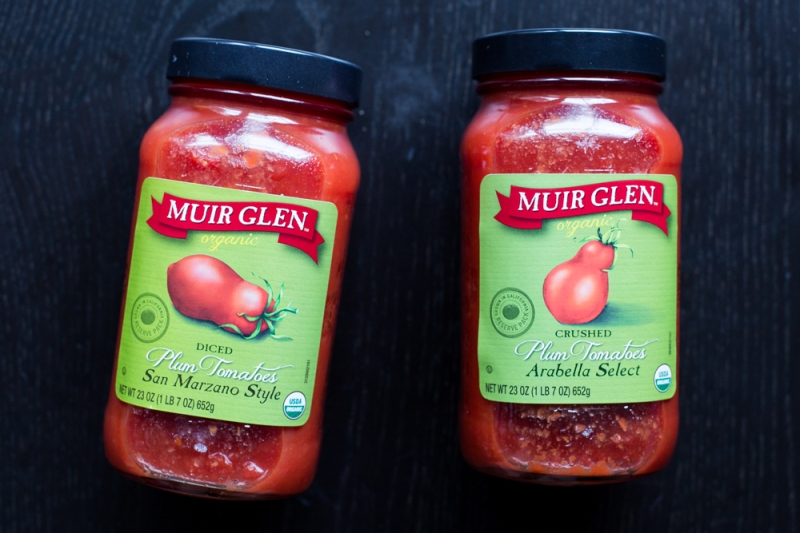 I recently received another box of new products from Whole Foods. The highlight of this most recent shipment are these jars of organic crushed and diced tomatoes from Muir Glen. These jars are super handy, delicious, and free of any BPA or other health concerns that come from canning tomatoes. Scroll down after the recipe (and video) to see some of the other items that are coming soon to Whole Foods.

2. Add the tomatoes and cabbage and collard greens; if the cabbage doesn’t fit, simply cook it down for a couple minutes and add some rest. Stir to combine then cover, reduce heat to med/low, and simmer until the cabbage is softened, 10-20 minutes depending on how thick the cabbage is.

3. Add the carrots (and optional cooked rice) and simmer uncovered until the carrots are softened, about 2 minutes, then serve. This dish tastes best when refrigerated overnight and reheated.

* Adding cooked rice adds some body and texture to the dish, but it is just as tasty on its own.

Let me know what you think of the video in the comments below, thanks!

Here are the rest of the new products coming soon to Whole Foods: 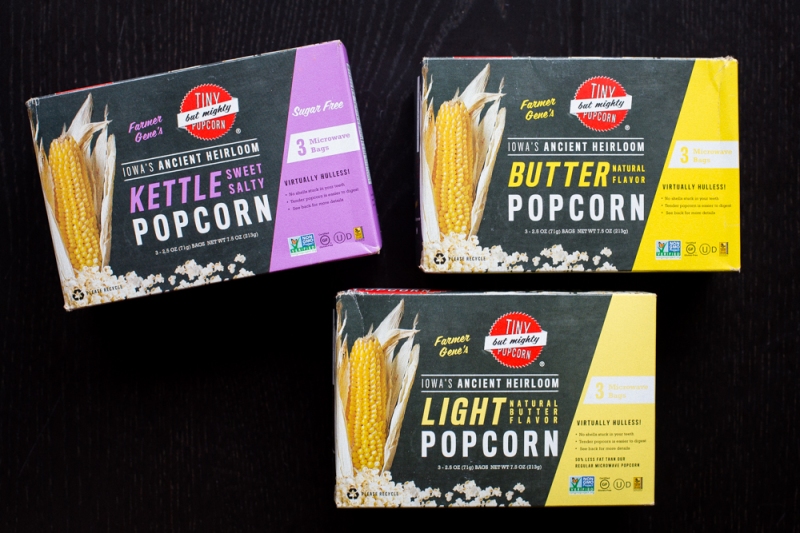 I mentioned this popcorn in my last Whole Foods roundup, and it appears they’ve made a microwaveable version. This popcorn is made from heirloom breeds and is flavored with organic palm oil and salt. Note that they use organic sunflower oil for the butter flavor and the kettle corn flavor is sweetened using organic stevia leaf. 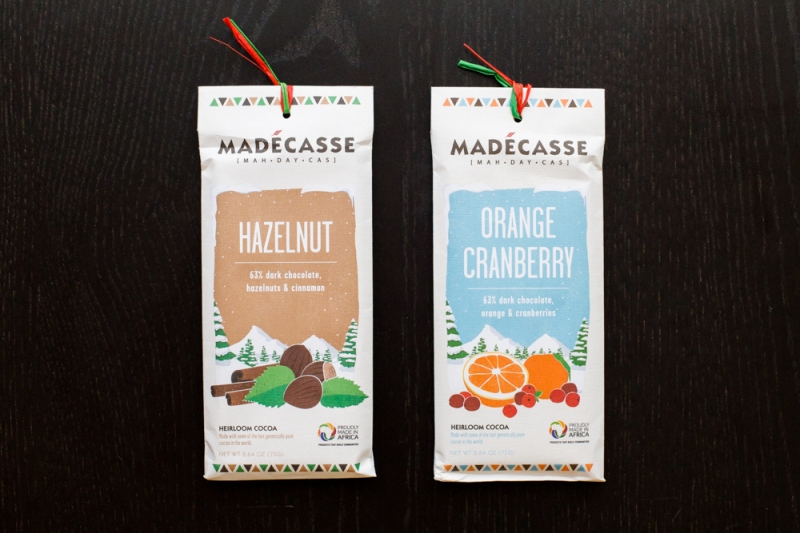 These holiday chocolate bars were definitely a favorite. The company is owned by former Peace Corps volunteers who fell in love with Madagascar and decided to start making heirloom chocolate there. Pretty awesome. The bars themselves taste much richer than you’d expect for 63% dark; I really liked them. 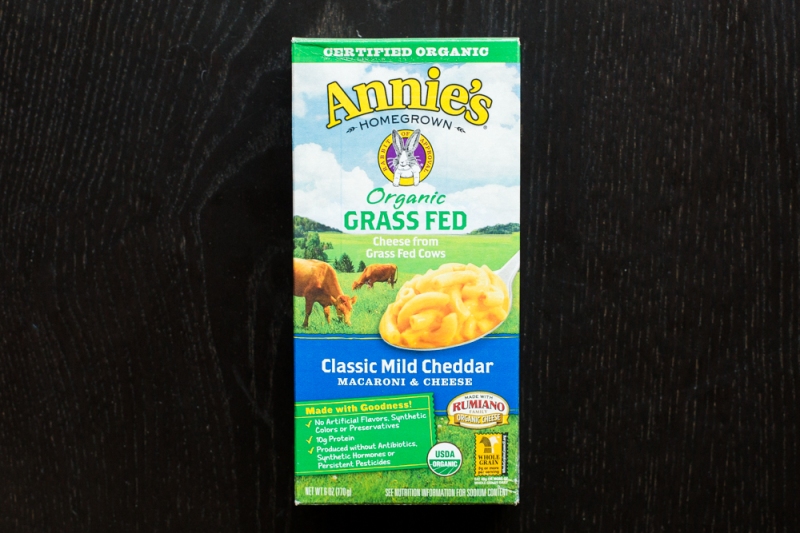 I’ll admit it, I’m still a sucker for boxed mac and cheese from time to time. I was super excited to see this organic mac and cheese made with cheese from grass-fed cows, but then I realized that it was made with wheat pasta. Annie’s makes a rice pasta variation, which is the one we eat, so hopefully they’ll mix the two into a mac and cheese superpower. Either way, it’s great to see a large company setting a new standard in food quality, even in the realm of processed foods.

The Ancestral Table (Kindle version) on Sale for $.99, November 25th!