I’m often asked what is my favorite dish to prepare; it basically comes with the territory in this line of work. While it’s hard to choose a favorite, Beef Rendang often comes to mind – there’s truly no taste like it.

Rendang is a dry curry that originated among the Minangkabau people of West Sumatra and later spread throughout Indonesia and Malaysia. Its age is unknown, but historians have traced its origin as far back as 500 years. There are three recognized forms of rendang in Minangkabau culture, each depending on the cooking time: a pale, lightly cooked curry known as gulai; a browned but still liquid curry called kalio; and a rich, dry, dark brown dish called rendang, the version prepared in this recipe. In other countries, most notably Malaysia and the Netherlands, the rendang most often served is closer to kalio. While its extended cooking time can be a test of patience, it’s well worth the wait; the aroma and overwhelming richness of rendang are unforgettable.

I first published a rendang recipe nearly four years ago, and it’s made some slight but significant changes since then. Earlier this year I made a batch, and took the photo you see above – it quickly became one of my favorite photos of the year, and so I figured it was a good excuse to share the updated recipe. For the past year or two, this has been the version we’ve been making at home, as it has fewer steps and comes together very quickly. 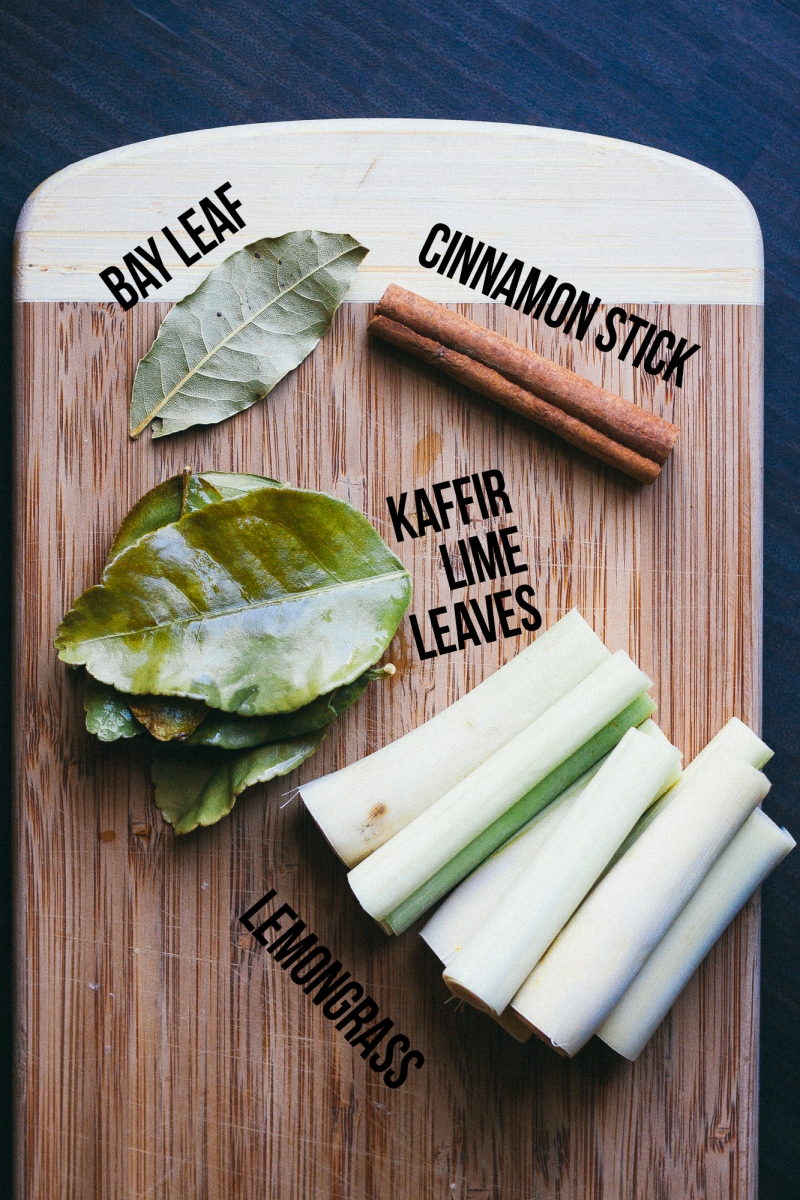 Of the ingredients found in this dish, kaffir lime leaves are likely the hardest to find. They can often be found fresh or frozen at your local Asian market, and sold fresh online; but if in a pinch, don’t hesitate to buy dried leaves, as they are easily reconstituted in liquid, fully flavored, and very convenient.

Similarly, lemongrass is also something that can typically be found only in Asian markets, although Amazon will ship fresh stalks, too.

1. Combine the spice paste ingredients in a blender and blend into a fine paste. Warm a large skillet or dutch oven over medium heat, then add the blended spice paste; simmer until aromatic, about 5 minutes. Add the remaining ingredients and carefully stir until well combined.

2. Reduce the heat to medium-low and simmer, stirring every 10-15 minutes to prevent scorching, until the liquid has evaporated, the beef fat is rendered, and oil appears on the surface. It should take 2-3 hours. Reduce the heat to low if the sauce simmers too rapidly and appears to be boiling rather than simmering. The curry should have a slightly dry and oily texture.

** If you can’t find galangal locally, you can buy it dried online; soak it in warm water for an hour before blending with the spice paste. Otherwise, simply double the amount of ginger and omit the galangal – easy!